In its quest to promote youth active participation and representation, the YBF has over the years undertaken several initiatives and interventions aimed at shaping and preparing the youth for broader future engagements. Beginning from 2008, these interventions have included mentorship and training interventions aimed at preparing and shaping the psyche of young people in a way that changes the narrative about them as foot-soldiers, voting machines and agents used to foment violent electoral battles and conflict under the initiative YOUTH VOTE which seeks to provide information and knowledge acquisition for responsible youth participation in elections, inspire the youth to participate in all political processes. It is also to serve as a credible election-related platform (website and social media) for the teaming youth in Ghana and Africa and to defuse miscommunication in the Ghanaian electoral space especially from the angles of political parties. YBF, through its continental African Youth and Governance Convergence (AYGC) that has existed for over a decade, several mentorship and training programmes in the areas of youth development and preparation for participation including dialogue, decision making, consensus building, policymaking, governance, and the required role of young people in elections have been implemented. As a member of the Coalition of Domestic Election Observers (CODEO), the YBF has also contributed to peaceful elections by contributing to the recruitment of young people to monitor and police all elections in Ghana for the purposes of ensuring that they are free, fair, peaceful and transparent. Other key election-related project aimed at mentoring the youth and shaping their effective participation in the process include Youth Policy Dialogue with Political Parties; Advocacy Against First Time Voter Disenfranchisement; Advocacy for Youth Participation in Local Governance, an initiative that trains young people and encourage them to participate in local elections; “#GoVote“, an Advocacy for youth to eschew apathy and vote in elections. 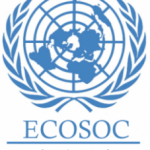